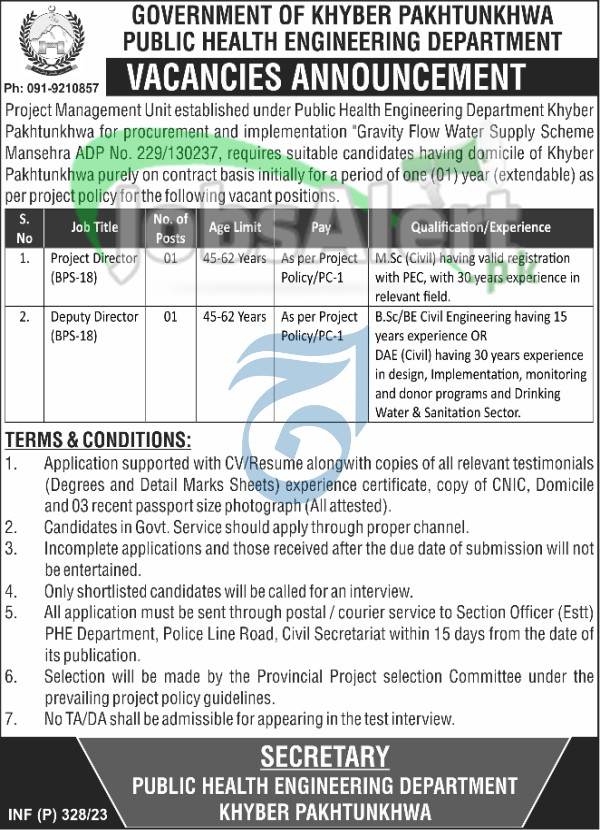 Jobs in Public Health Engineering Department KPK are such as (Project Director (BPS-18), Deputy Director (BPS-18)) are the Government Jobs in KPK that are based in Peshawar City and need to be filled by the Masters / Bachelors pass on a contract basis for the period of one year which will be extended further on account of satisfactory performance and demand of department.

The overall qualification which is needed for these posts includes Masters / Bachelors / DAE in the relevant discipline with relevant expertise is required to apply for such posts. The age limit should be 45 to 62 years for all posts. Applicants will be given a competitive salary package. Now, let’s throw light on its further details below.

How to Apply for PHED KPK Jobs: